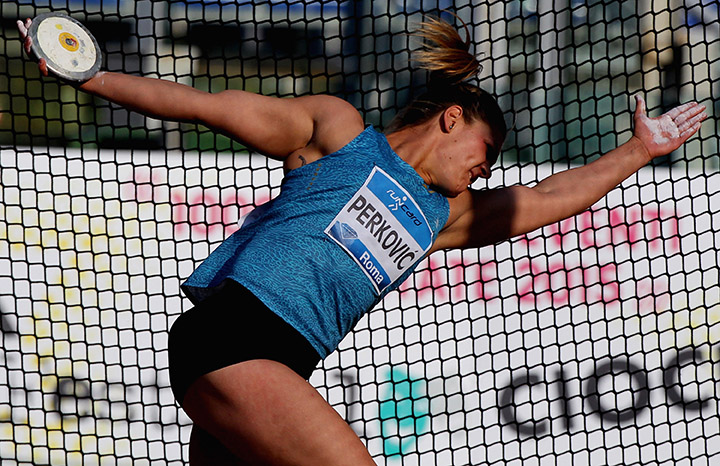 Track and field’s premiere competition series has come to a close for another year, and we have a final tally for the Diamond League prize money rankings. With a perfect total (seven wins and the series title), Sandra Perkovic tops the table for the second year in a row, taking home $110,000. Schippers (same total across two events) finishes second, with Caterine Ibarguen ($106,000) in third.

There is several ways that you can look at this data. Before we do, please note that the ranking is based on the published prize money set by the Diamond League (set amounts for places 1-8). Any appearance fees, bonuses or additional sums for those finishing beyond eighth place are not included. Neither are any endorsements or state subsidy.

You don’t need to feel sorry for Mo Farah only taking $12,500—he’s not short of cash. We are sure Andre de Grasse’s meagre $21,000 is somewhat soothed by his multi-year deal with Puma reported worth $11.25 million that could go as high as $30 million with bonuses. Usain Bolt famously makes very little from competitions now; it’s all about endorsements (92% of his income according to figures from Forbes). Even then, his single appearance fee of around $300,000 dwarfs all rivals and is the equivalent of winning 30 individual Diamond League races (at $10,000 a go).

It’s difficult to create a complete picture of athlete earnings. The information cited above is hard to find in track and field—we are not treated to the same level of detail that you would get from other sports. Our prize money ranking may be a partial picture, but could provide some insights. For example, could the fact that women make up eight of the top 10 place suggest that endorsements are lower compared to their male counterparts and they try to make it up with earnings on the circuit?

What is for sure is that around 76% of the athletes who earned Diamond League prize money this year took home $12,000 or less—and more than half managed only $4,000 or less. For a lot of these athletes, there’s not much left after you’ve paid your travel expenses, coach cut and agent fee.

Most of the 743 athletes listed in the rankings come from European countries. This is hardly surprising since 10 out of the 14 meets are on European soil. However, the best “grossing” countries were not from Europe. If prize money dollars were points and it were a national team competition, the US would have won by a significant margin. Far behind, but well ahead of the rest of the field would be Kenya with Jamaica out-dipping a quick-finishing field.

Totals by country, US$

Despite losing a Diamond League meet, the US athletes are still out in force. New York was replaced with Rabat—which hosted the first Diamond League meet in Africa in May this year. A smart, yet overdue move. Maybe it would have seemed more appropriate to have taken it away from one of the European hosts—a global sport needs to have one of its best showcases touring across the world. One argument is that the fanbase and infrastructure exists in Europe to hold these major meets. This brings us onto attendances. It’s difficult to get hold of official attendance data but casting an eye to the stands in some of the events and you would see a whole lot of empty sets—even in Europe.

News also filtered in this year that Paris will move its meet to a more intimate setting on the outskirts of Paris. A good idea—Eugene has thrived with a more intimate setting which sells out and provides that “magic” which the athletes and fans love so much. There are many arguments about how to make the sport more appealing. One approach is that a more intimate and up-close environment in which an event can be truly appreciated is the way forward. Mega stadiums do not work for every sport and that is ok; we should stop pretending that they always work for track and field so we can move on.