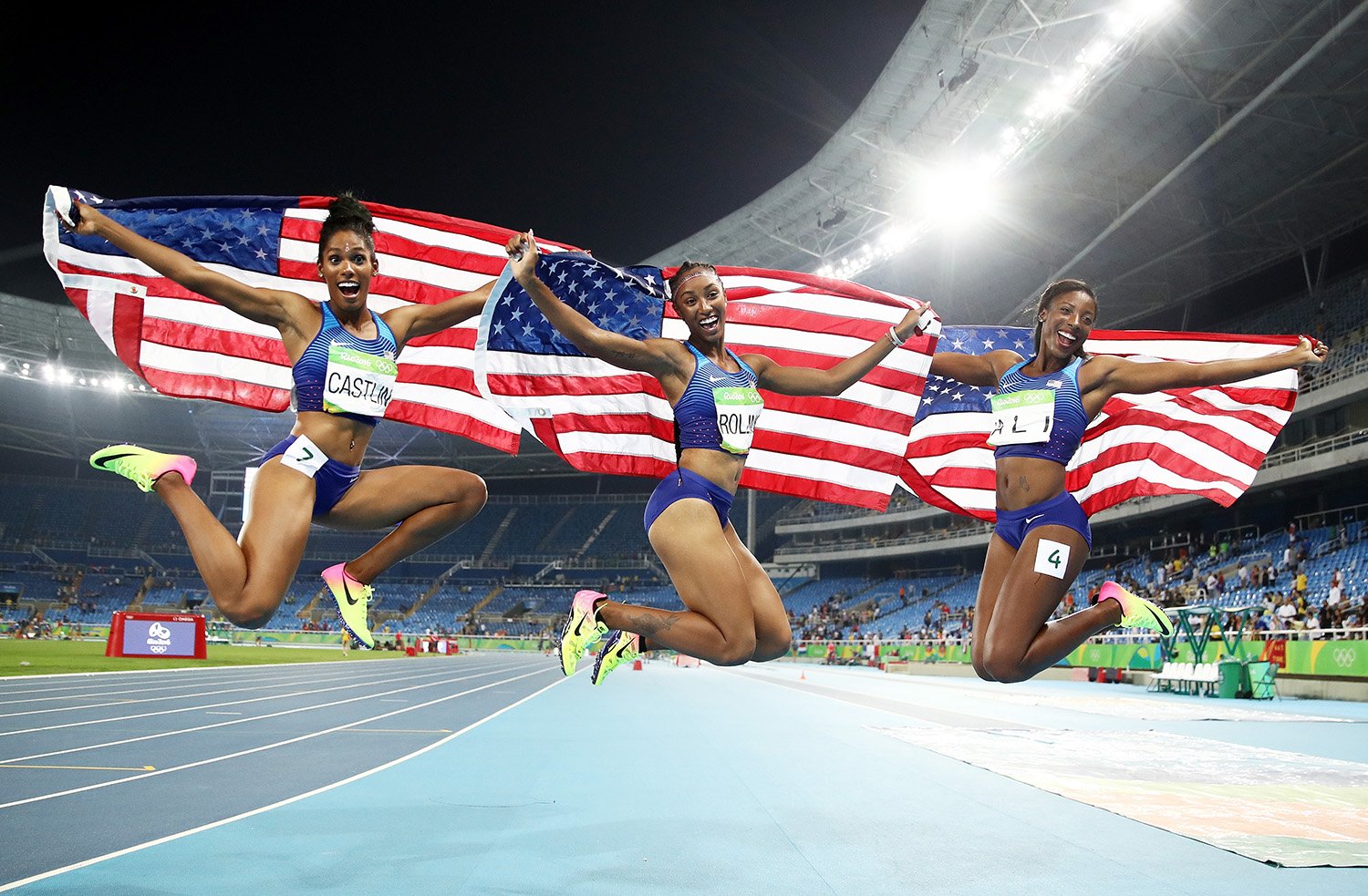 Lalova may have finished last in the women’s 200m final, but did manage the fast reaction time of any sprinter in any final (including the hurdles) at 0.104—just 0.005 away from a false start. More significantly perhaps, she was followed by Tori Bowie who managed 0.112 in the 100m final, where the medals came down to the finest of margins.

Across the field, Bolt was consistent in both his finals and is in the lower half of the list. De Grasse was consistent too, but was higher up the list. Probably best for Gemili to look away: his 0.178 in the 200m final was one of the slowest. The athlete to whom he lost the bronze (on thousandths of a second) was Lemaitre (0.153).

Men only
Women only