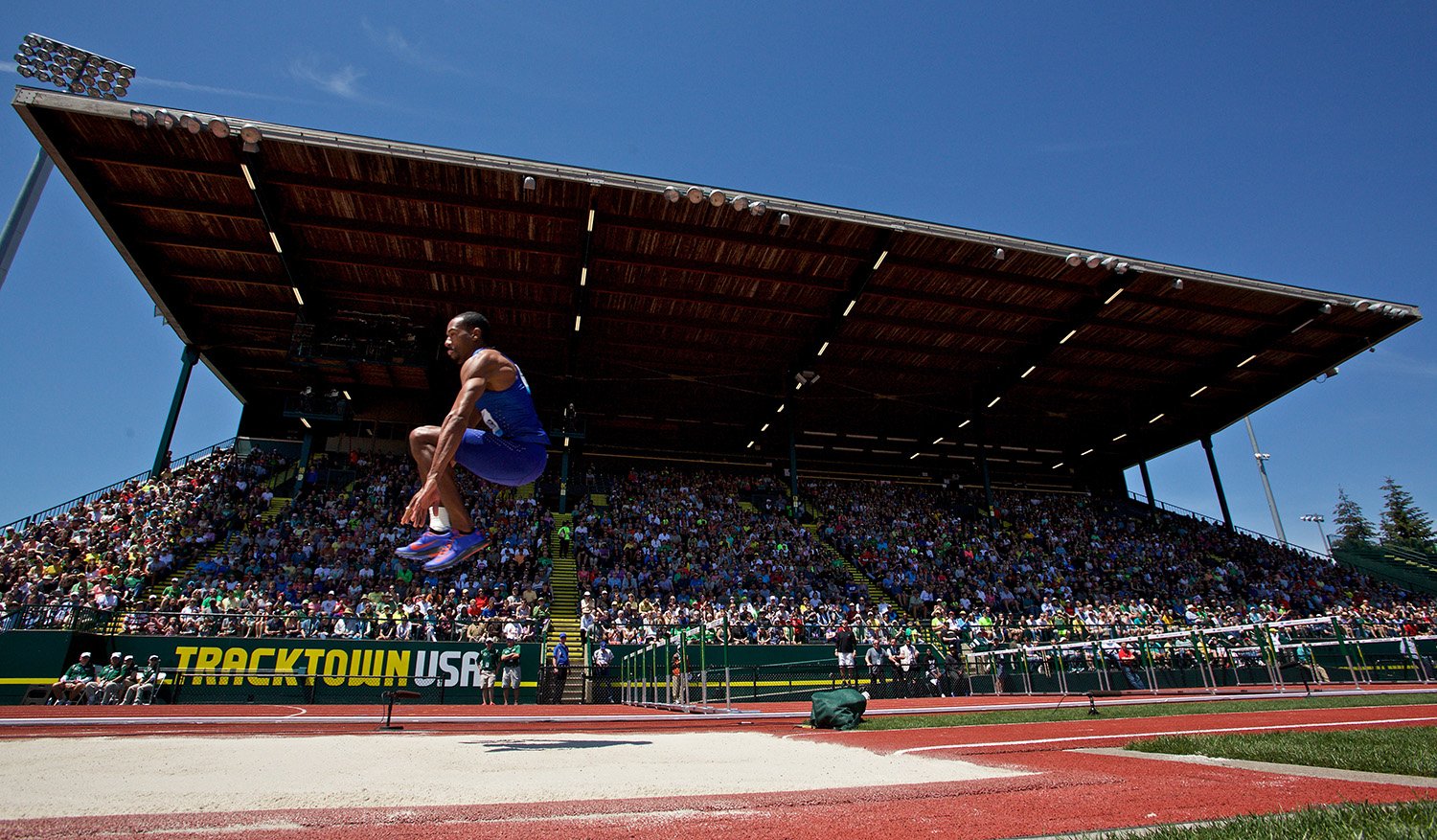 The golds went to Christian Taylor and Yulimar Rojas in the triple jumps, but how did the three phases of their jumps break down?

Thanks to data from Seiko, via PJ Vazel, we can break down the three phases of each of the medal-winning jumps. What both gold medalists share is that their best jumps had shortest first phases (“hops”), but then they more than made up for it in the final jump compared to their competitors.

This was most significant for Rojas, whose jump phase of 5.86m represents 39.3% of her final mark of 14.91m. This is the largest percentage of any phase by any of the medalists.

This strength is what carried Rojas to gold—she was inferior to Caterine Ibarguen and Olga Rypakova in the first two phases. Taylor’s middle phase (“skip”) was longer at 5.56m than both Will Claye and Nelson Evora. This made up 31.5% of his final 17.68m. As a percentage this is better than all the medallists’ middle phases, male and female.

What about distance from the board? Evora’s was 2.2cm behind and the best of all medal-winning jumps. Ibarguen was the best of the women (2.8cm). The rest are well behind. Even if you factor in this distance in a simple mathematical way, there would be no change to the medals.

Distance before the board