How much will a quarter miler improve outdoors? 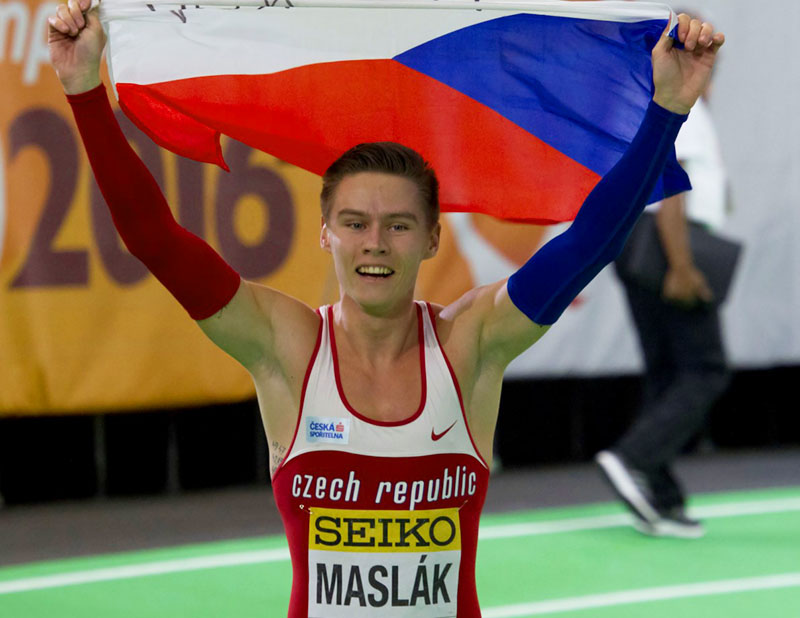 In our last indoor-related article of the year, we’ll shift our focus to the men’s 400m. Indoors is a strange environment for a quarter miler: having to share a lane and cover two laps, when usually one suffices. Combine these factors with the indoor “drag” on all runners, 400m athletes can hope for a healthy improvement outdoors. But by how much?

To come up with an answer we have used data from 2016 (which featured both the world indoor champs and the Olympics) and paired indoor and outdoor performances of the top 300 athlete where available. This resulted in a list of 110 athletes.

Using linear regression (that is, a “line of best fit”) on the resulting scatter plots reveals no catch-all answer. Instead it depends on how fast an athlete was: a faster time indoors meant less improvement outdoors—with the reverse true for “slower” performers who improved significantly more. Here’s the result:

Of course, the line finds the “best fit” through all the points so there will be exceptions either side. If we use this as our guide though, it suggests a male athlete running 45.4 indoors can be expect to improve 0.67 second outdoors (or 1.48%), while at the lower end (around 48.0) an athlete can expect a 1.87 second improvement (or 3.89%). Compare this to the 800m men in the same year, where the improvement of the fastest and slowest is less disparate: an 800m leader can expect a 1.86% improve, while the “slowest” will expect around 3.5%.

If you watch someone like Pavel Maslak this all makes sense (who, according to this model, should have run slightly faster outdoors in 2016). If you “Maslak” the 400m, that is, get out hard and lead from start to finish, your path is unobstructed—and the less potential gains there are outdoors. Bralon Taplin, who slightly out-performed the model with 0.82 second improvement, similarly ran his 2016 indoor best (45.20) with a 2.56 second winning margin and unchallenged all the way.

There are also those on the top indoor list who get caught up, have to jostle and probably run a bit further. Both David Verburg (46.27 to 44.82) and Nery Brenes (46.49 to 44.60) improved massively outdoors, while recording their best indoor times finishing third and fourth respectively in their races (that is, they had reckon with people in their way).

There must be plenty of quarter miles looking forward to having a lane to call their own—and it’s probably those who miss this the most that have the most to gain outdoors.