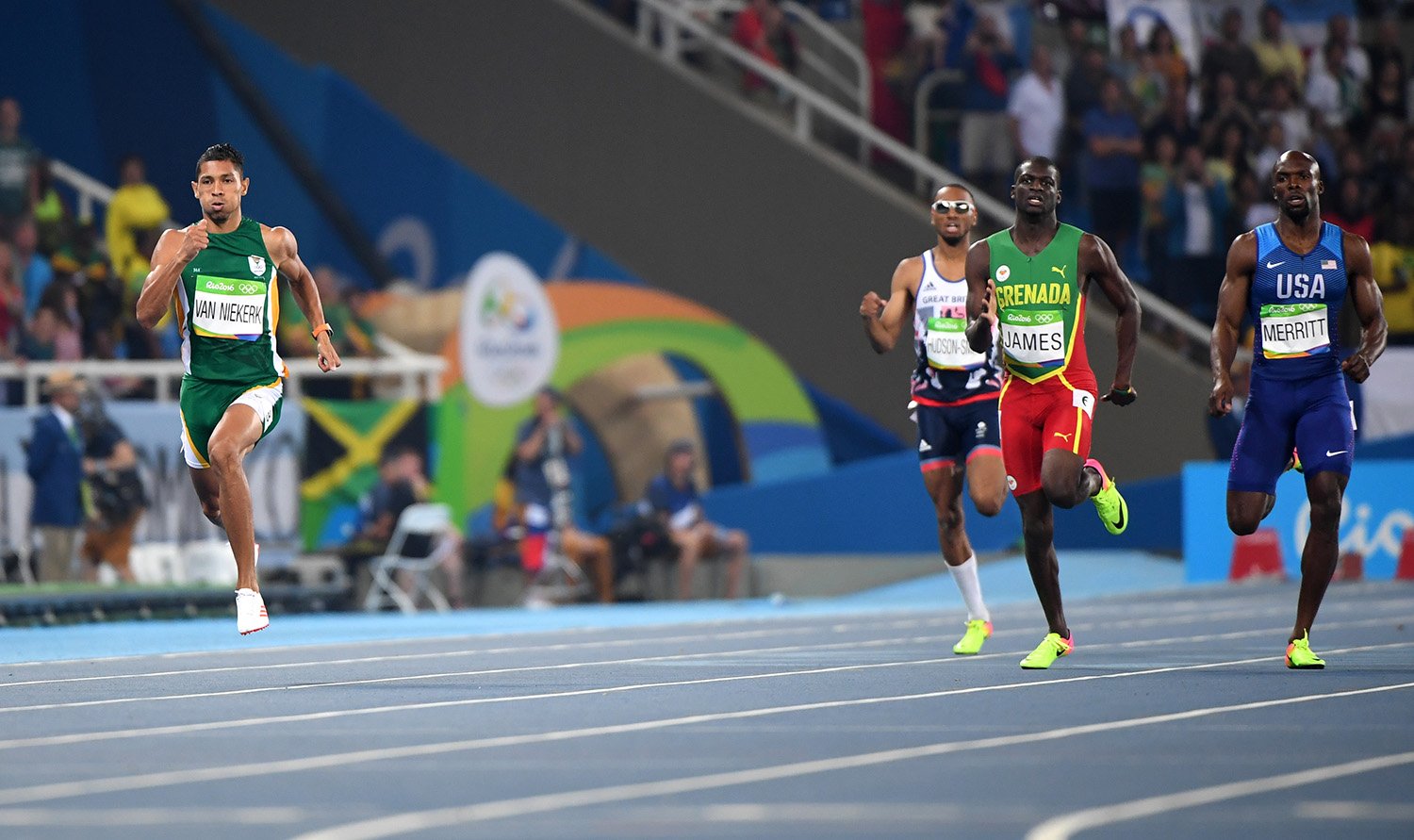 Van Niekerk on his way to the 400m world record at the Rio Olympics. Getty.

Athletes will never view lane eight the same again after watching Wayde van Niekerk in Rio. The South African joined Eric Liddell as only the second Olympic champion to win from the outside lane in a world record time. Here’s how he got there.

Olympic final
Against Johnson and Reynolds

Quarter-milers usually reach their top speed in the 50-100m section, and Rio’s race was no exception. Van Niekerk as well as 2008 Olympic champion LaShawn Merritt and Kirani James reached about 10.6m/s speed, which is the fastest recorded. But van Niekerk had the edge here: he has the best top speed as recorded during his 100m PB (11.6m/s). This reserve of speed left him more for the final 300m of the race.

Both Merritt and James managed their speed decline in the backstretch. Merritt covered this 100m section in 9.6, easily the fastest 100-200m section ever. His 20.4 time at the half-way point is inside the 200m Olympic qualification time! The best-known split was a hand-timed 20.6 by Fred Newhouse at 1972 US Trials for a 45.3 400m.

Van Niekerk’s season’s best progression analysis shows consistent tactics trends. Instead of displaying major improvement in a given part of the race, he shaved a few tenth out of every section, resulting in big changes overall.

His trademark is his very long strides. Standing 1.83 tall, his stride step length at top speed is 2.70m during 100m, close only to what taller Usain Bolt (2.78m step length for 1.95m body height) and Christophe Lemaitre (2.73m for 1.90m) have done during their 100m respective bests (9.58 and 9.92). Interestingly, alongside his improvement in time there has been a slight reduction of amplitude during 400m race, but with a better maintenance in the homestretch.

As a result, his step frequency has compensated the amplitude loss, working harder in the backstretch. I would warn about duplicating this pattern as each career trajectory, training and above all initial aptitudes vary. However it makes sense to say that since his step length was close to the human limits; he was not going to get much improvement there. In New York 2014, he covered the 400m lap in 160 steps, same as Reynolds did in Zurich, but Johnson’s 180 steps in Sevilla 1999 shows that there are many different paths to a world record.

Correction: We initially stated that Fred Newhouse’s 20.6 split was achieved during a 44.1 400m time. Newhouse actually clocked 45.3 in that race.

Why not support Track Stats? Buy us a coffee and help keep it free and enjoyable for everyone.