Inside and out: 60m specialists 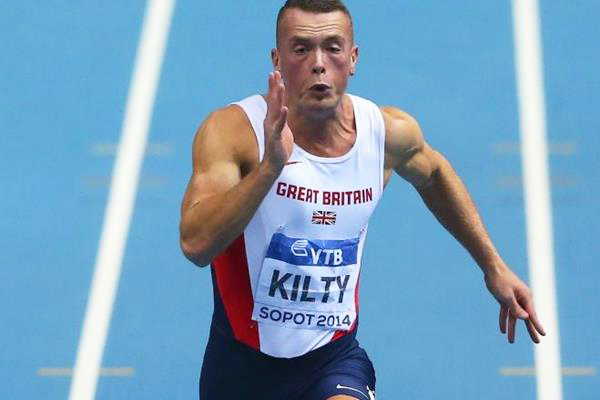 Would indoor stars Ronnie Baker and Richard Kilty give up their indoor dominance over 60m for a sub-10 second 100m? They would probably argue they can do both—which would mean joining an exclusive set of sprinters.

Maurice Greene most notably managed success in both, as have Asafa Powell and Trayvon Bromell. But there’s a category of sprinter that seems only to excel over 60m, pre-season and with a roof over their head.

We previously address the question “Is sub-6.50 for 60m a sub-10 equivalent?”. We decided it wasn’t quite the case based on the findings of a relatively small dataset. We’ve got a bigger one now consisting of data within the same year.

The world indoors and the Olympics in 2016 gave athletes indoor and outdoor global titles to chase. We reviewed the performance data in that year of the top 300 or so indoor 60m sprinters (6.75 or under) and plotted this against their 100m outdoor season’s best (if they had one).

We’ve added a line of best fit (using linear regression) to assess, based on this sample, what a 60m time might get you outdoors for the 100m. Those above the line could be considered better indoor 60m performers, or as having relatively underperformed outdoors over the 100m in 2016.

Bromell overperformed outdoors, suggesting that he’s just very fast rather than an indoor specialist. Powell is in a similar category. Both feature highly in all-time 60m and 100m lists.

One key difference may lie in height and weight variations. Using this data from Tilastopaja, those athletes who feature exclusively on our indoors list are, on average, smaller and lighter than those who feature exclusively in the 100m list (indoor performers averages = 177.8 cm and 73.8kg. Outdoor performers = 181.1cm and 77.8kg). Those that feature in both top lists are between the two in terms of height (180.3cm), but are heavier (78.8kg).

(The data on heights is probably more robust than that on weight, which fluctuates, but both show a similar trend.)

Maurice Greene, the current 60m world record holder (6.39), was closer to an “indoor type” standing at 175cm and 75kg. His 60m record remains beyond all-comers for more than 19 years, unlike his 100m world record which had a six-year innings. Many of the athletes who have had success indoor and out have achieved it through converting their outdoor speed indoors. Greene, however, may have been that rare example of a natural indoor runner who converted his form to outdoor success. There is hope for 60m specialists then: just run a 6.39 and success outdoors will follow.