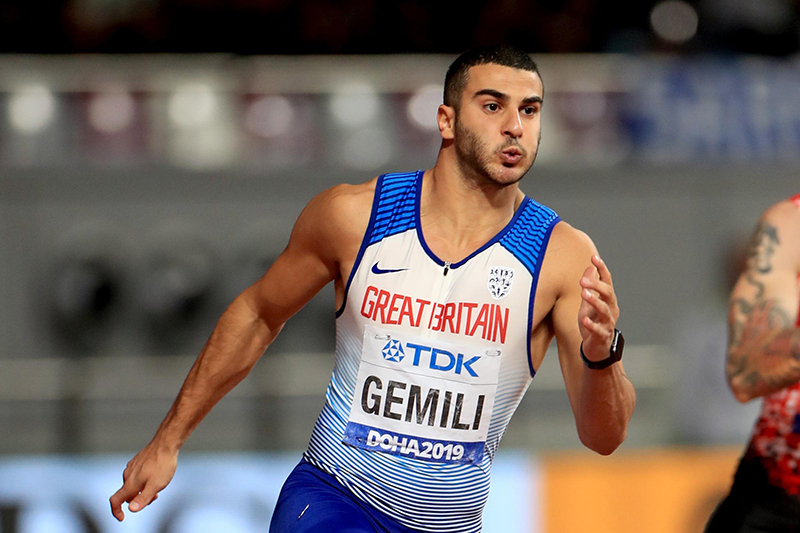 Even before the start of the World Championships, the blue riband event has met new performance standards this season: a record of 65 sub-10 second performances by another record of 27 athletes.

This season, Adam Gemili became the 100th performer to run under the magical barrier that Jim Hines first broke in 1968. Trayvon Bromell became the fastest teenager ever with 9.84 and Asafa Powell has run the 90th sub-10 ‘legal’ race of his career. It took 38 years for the 50th man (Olusoji Fasuba in 2006) to run sub-10 and only 9 years for the next 50 sprinters.

The level has increased so much that 30% of the 749 sub-10 times have been recorded in the past four years! But is this improvement a general improvement? Looking deeper in the world lists down to sub-10.30 times, within the world’s areas as defined by IAAF, it appears that 2015 is not the year of 100m in all the parts of the world.

Oceania is the best example of an area where stagnation is observed in the past two decades, with a record set 12 years ago (9.93 by Patrick Johnson, then a season’s world leading mark). The oldest area record belongs to South America (10.00 by Robson Caetano da Silva), dating back to 1988. This part of the world was the 3rd provider of sub-10.30 in the late ‘70s and has dropped back to 6th place. Africa reached its peak in the 1998-2002 years. Notably Nigeria, the country that best contributed to its success with 8 sub-10 sprinters (3rd best country behind USA and Jamaica), failed to qualify a male sprinter for the 100m in Beijing for the first time in a major championship since 1976.

Asia, however, has resumed its progression after a break between 2000 and 2005. The battle for supremacy for now is between China and Japan, with China’s Su Bingtian becoming the first Asian-born to run under 10 seconds in May this year (9.99). This was a few days before former Nigerian Femi Ogunode, now running for Qatar, improved the area record to 9.91.

Europe has displayed an overall improvement for the last 10 years, culminating with a matched area record by Jimmy Vicaut, and sub-10.30 set back this season might only be temporary.

The major improvement in recent years is found in Central America & Caribbean (CAC). Their sprinters have always been a force in the elite sprinting, Jamaica taking over Cuba in the ‘90s. Its rise until 2004 was followed by an even more dramatic improvement in the past ten years, which is unmatched anywhere else in the world. CAC even managed to match North America (area made up of USA and Canada) in 2011 in the number of sub-10.30 performers; a feat that had never been accomplished since the official advent of the electric timing (1977). This is even more remarkable since North America has not stopped improving and has not, for the first time of its history, seen its progression curve encounter any regression in five consecutive years.

Can we explain these trends? Generally speaking, the global progression is temporarily disturbed by factors that are sometimes difficult to assess. The drop after 1988 can be interpreted as a result of the Ben Johnson doping scandal, leading to the first out-of-competition doping control and the political changes in eastern Europe. The introduction of the whereabout (athlete localisation) programme from 1997 might have affected the elite groups, as shown in the graph for the sub-10 performers (probably being in the IAAF testing pool) but not the sub-elite mass, since the number of sub-10.30 performers kept increasing until after 2000 Olympics.

New levels are usually attained in Olympic years, a trend noticed in all the events over the past century. However, at 100m, the 2004 Olympic season failed to provide new depth records in both elite and sub elite groups. This could be linked with the various doping scandals, notably the Balco affair, the subsequent bans and the improvement in the whereabout system. One can assume that the 2016 Olympic year will be the occasion for the performance to reach new benchmarks.