Is the steeplechase a more predictable distance event? 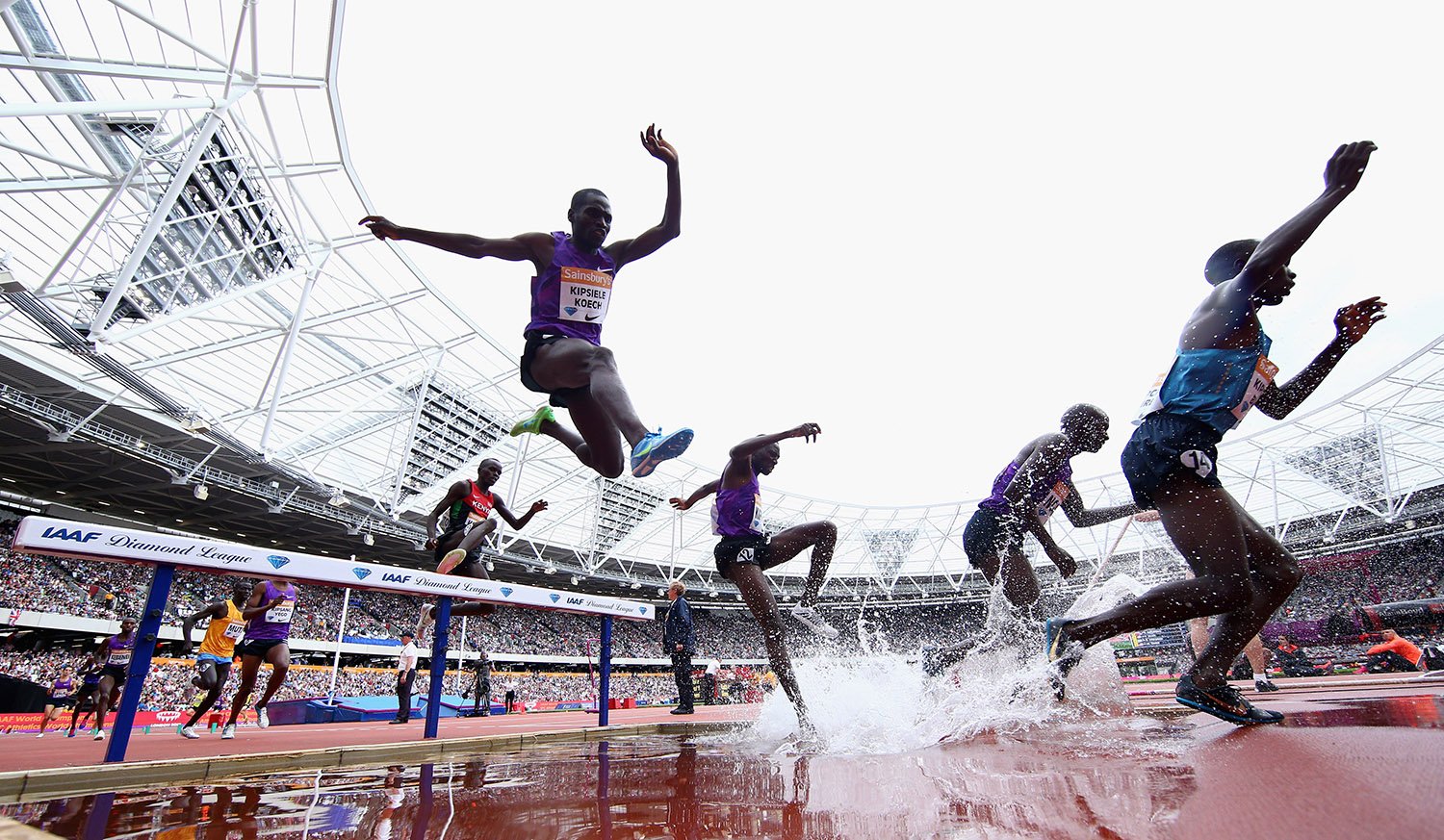 “Conseslus and Kemboi, they’re so good at doing that. Obviously Kemboi has shown that he can do it better than anyone else in the world, probably ever,” Evan Jager said after the men’s 3000m steeplechase in Beijing, referring to the Kenyans’ ability to surge throughout the race and ultimately pull away from the field over the course of the last lap.

Championship distance races are generally more tactical than major headline running competitions earlier in the summer, and this year’s steeplechase was not an exception. Ezekial Kemboi’s winning time was 8:11.28, compared with his season’s best time of 8:01.79 run in Eugene, Oregon in May. Jarius Birech, Kemboi’s national teammate, ran the world’s leading time in 2015 (so far), clocking 7:58.83 in Paris. This variation in between the winning time at the World Championship and the fastest time of the year is relatively consistent with past years, as well as the variation across other distance events, as evident in the chart below.

% difference between the World Champs winning time and world best

This does not paint a particularly clear picture of what makes the steeplechase different from the other distance disciplines with respect to championship races, so let us delve a little further and analyze who is exactly winning these races and where they ranked in the respective event ahead of the world meet.

This chart shows the world rank of the World Championship winning athlete in the same year over the same four distance events. For example, Benjamin Limo of Kenya won the 5,000m in 2005 at Helsinki, and was 7th in the world that year on the world lead descending list, with a time of 12:55.26. The marker for the 5000m in 2005 is therefore on the “7” line*.

Season world rank of the winner of the World Championship title

The above analysis goes to show that this year’s World Championship men’s steeplechase race was essentially status quo for the likes of Kenya and the top-performing barrier-hurdling distance specialists. Kemboi held the third-fastest time of the year heading into Beijing and left with a gold medal. Variation and uncertainty are seemingly best left to the non-barriered distance events, at least for the time being.

Footnotes: Bernard Lagat ran 13:30 in the 5000m ahead of the 2007 World Championship and won gold in Osaka. As this time does not register on the world lead list, his position from the previous season (18th) was used in its place.

Why not support Track Stats? Buy us a coffee and help keep it free and enjoyable for everyone.