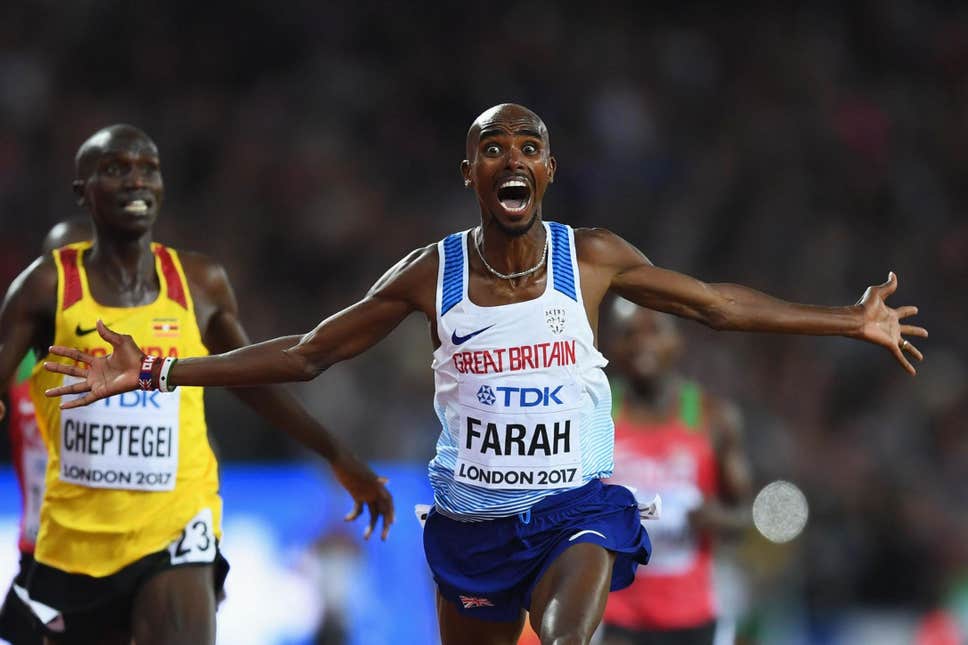 Mo did at again at the London 2017 world championships, recording an astonishing 10th consecutive track distance title. It was harder this time though. To win he had to post a time faster than he had ever done in a global championship, with the Africans keen to push the pace and test the champion.

Cheptegei’s 61.02 opening 400m provided a shock to the field, but Farah never drifted far from the leader running a more smooth, equal pace. At 600m to go, having seen this before, we knew that Mo’s turn of pace (even at 34 years old) was going to bring him through. Now only Bolt has more individual world championship titles (eight against six—total medals-wise he’s 7th, but that’s because sprinters can top up with relay medals). There’s question marks over the athlete who only started winning global titles at the age of 28, but tell that to the 60,000 people who were roaring him on in the stadium last night. He is, as it stands, one of the greatest athlete of all time.