Nike top brand medal table, but Puma on the rise 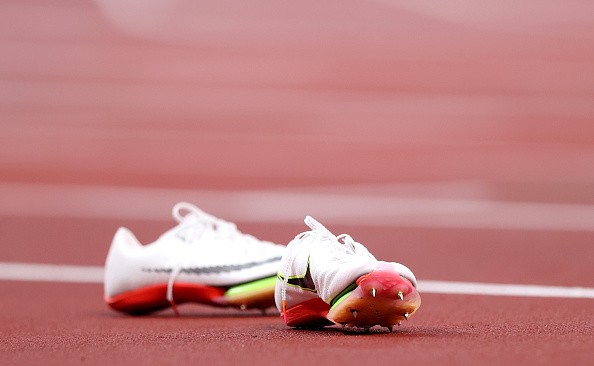 The swoosh has been everywhere on the track and in the field in Tokyo. Nike was the spike of choice for 11 out of the 12 middle distance medallists, on the chest of the top-three in the men’s 200m final, while also sponsoring the stand-out sprint star in Jamaica’s Elaine Thompson-Herah, who took down Flo-Jo’s 100m Olympic record with their latest shoe technology.

It will come as no surprise that Nike was again the most dominant brand in Olympic athletics. The global sports giant was on the vest of 53 medallists and was on the feet of 73—and remains in the top spot that it had in Rio in our brands medal table.

Nike’s totals, however, have declined. Its shoe share is down 16 medals (89 to 73)—while Puma has made a surge (4 to 16, or a 300% increase). Nike it seems decided not to extend or renew contracts for the delayed Olympics with Puma sweeping up some of that talent. Puma’s longer-term deals also came to fruition, most notably with Canada’s Andre De Grasse, who inked a multiyear deal back in 2015 reportedly worth as much as $30 million.

This may be a shift in strategy from Nike that has had an impact beyond track and field, a sport in which it has deep roots. In football, stars like Sergio Ramos and Thiago Alcantara took to blacking out their boots earlier this year. The suggestion then was that Nike was focusing on a smaller number of elite athletes that could be at the core of their campaigns.

Just because an athlete is wearing a brand in track and field doesn’t mean that they are actually sponsored at all, or in any meaningful way. Some could be “kit drops”, others might have bought a product themselves. New Zealand’s Tom Walsh wore blacked out Nikes for his shot put final, but has had “SPACE FOR RENT” emblazoned on his vest in the Diamond League this season. Others may be ensuring that they don’t miss out on carbon-plated “super spikes”. Britain’s Josh Kerr—Brooks sponsored—wore “whited-out” Nikes for his bronze-medal-winning performance.

There was also room for two new brands; Allyson Felix’s Saysh and fellow American Joe Kovacs wore Velaasa, a shoe brand founded by Lynden Reder that ran a successful Kickstarter campaign back in 2018. New Balance stepped up a notch with their sponsorship of Sydney McLaughlin, Gabby Thomas and Femke Bol.

Nike topped the vests chart through its sponsorship deals with federations, but this was down (71 to 53) and again Puma had the most dramatic boost (15 to 22). This included a shoe and vest double with Norwegian Karsten Warholm’s 400m hurdles world record. Asics, a Japanese company and an official Olympic gold partner, also saw a boost (8 to 13).

Puma may have had one more medal, but decided to cancel its $2.7m sponsorship of the Nigerian team. (Apparently, this delighted Nigerian officials). For its only medal in the women’s long jump, Ese Brume wore the lesser-known sporting brand AFA on her chest. Of these smaller brands, AF’s position is entirely down to Poland’s performance, while Belgian sponsor Vermarc can once more thank Nafissatou Thiam for making the medal table.

Charts show individual track and field events, no relays or road races. One athlete wore different brands across the heptathlon, so her final shoe brand in the 800m was counted here. For the vest count, it is the competing vest and not the podium tracksuit where the brands may differ. Javelin Olympic champion, India’s Neeraj Chopra had no discernible logo on his vest. It is categorised here as “other”.